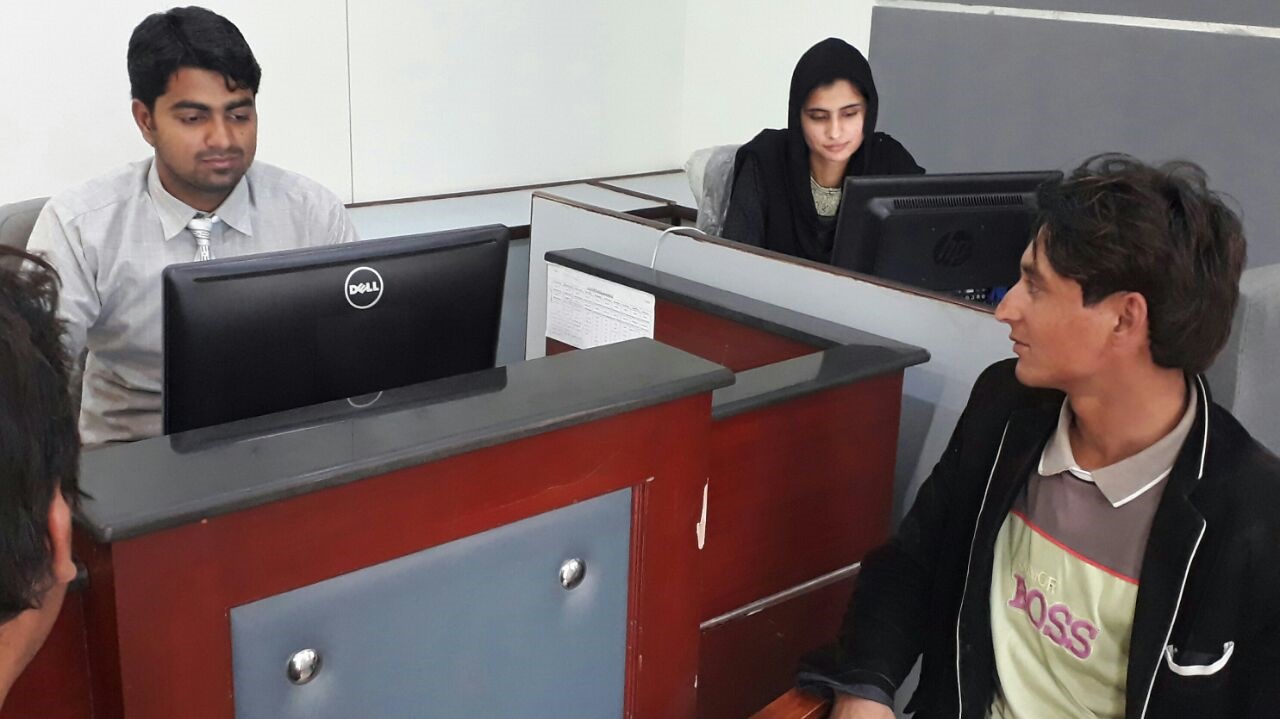 Front desk is newly established department in Punjab Police to change the culture and behavior of police among the public also develop good relations between them. Educated, good looking and well-mannered staff is recruited for this purpose. Designated as Senior Station Assistant (SSA) and Police station Assistant (PSA).

Well-furnished, well decorated and Air Conditioned room are established in all Police stations as Front desk. After the establishment of Front desk, complainant have no need to submit their applications to the Muharrars.They comes in front desk room where front desk staff welcomes them in a decent way, give them respect, offers them water and then ask them to about their problem. they ask them to write an application but if complainant is literate then front desk officer writes application according to the subject to facilitate the complainant. After this, he does application Online and mark it to the relevant beat officer through the Complaint Management System (CMS) official software for online applications and an online slip is handed over to the complainant where complaint   number, I/O name and contact number is also mentioned. Then beat officer become bound to answer the application within next 24 hours. If he will not answer the application within specified time then SSA will take this into the notice of relevant SHO and if SHO also becomes unsuccessful to provide proper output in next 24 hours then SDPO will be informed to the situation and SSA will wait more 24 hours. If SDPO will also be u unsuccessful to provide response in next 24 hours then SP will be informed and the SP will take notice against that case.

In other way, if relevant beat officer gave report against the application within next 24 hours that the incident is not happened or mention any other reason to filled the complaint then SSA will call on the mobile number provided by the complainant and tell him about the report of beat officer and ask him that either he is satisfied or not?? If the complainant is satisfied then complaint will be filled from Complaint Management system but if he is not satisfied then application will be marked to the SHO and if complainant becomes also unsatisfied from SHO then SSA will forward that application to IGP Police Complaint Center 8787 Online through CMS. IGP Police Complaint Center will further mark it to minimum DSP ranked police officer.

Establishment of Front Desk in Punjab Police is like a miracle which provides a level of service to the public. Front desk staff follows the complaint until the satisfaction of the complainant and all procedure is fully free of any bribery or demand of anything from complainant. Public is so satisfied with the working of Front desk. The people who continuously criticized on Punjab Police are now too much satisfied with Punjab Police and people who have experienced Front desk  cannot Stop there selves to appreciate this System.